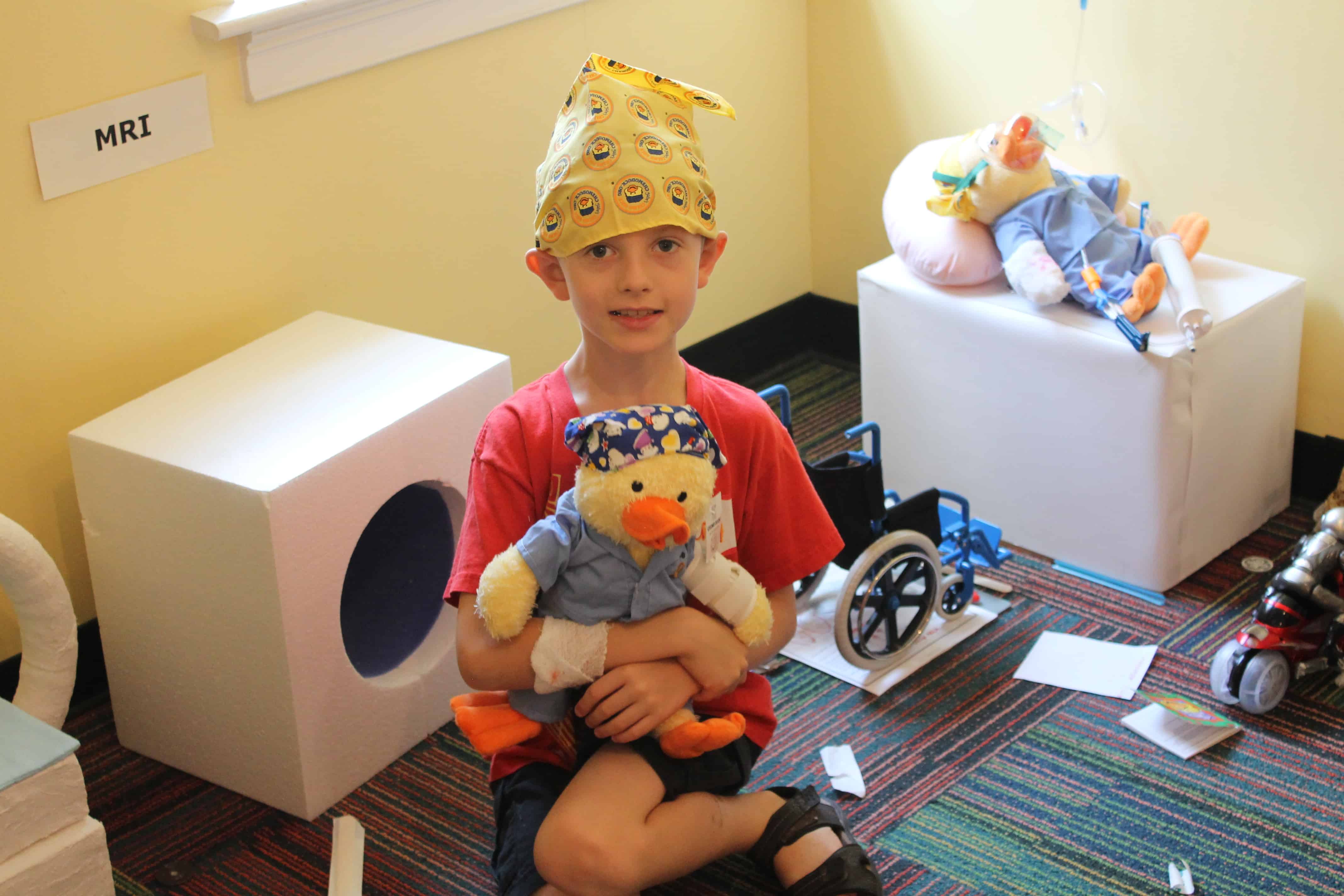 To date, I am a six time survivor of a rare cancer called Metastatic Myxoid Vulvar Sarcoma. I have had chemo several times, radiation once of a brain tumor and again on my chest for my lung, and too many surgeries to mention.

When I was first diagnosed in 1993, Gilda’s Club Middle Tennessee didn’t exist, so at 23 years old, I was left to “deal” with all of this on my own. While I had the support of family and friends, I didn’t know anyone who had cancer – it just wasn’t the same.

The cancer returned in my right lung in 1998, just a month after Gilda’s Club Middle Tennessee opened. I remember walking through the first big red door of the Clubhouse, scared, but knowing I needed much more support this time. I met many wonderful friends in my wellness group, and continued to come even after I was back on my feet enjoying the 20’s-30’s group, potlucks, and any excuse to see all of the wonderful friends I had made.

Fast forward 10 years – married and seven months pregnant with my son, and my cancer had returned. In order to start treating the cancer as soon as possible, my son was delivered five weeks early. I began chemo just three months after Carl was born.

It was so different this time. Before, I only had to worry about myself, but now I had a husband and a child in the mix. Gilda’s Club was there for me again, with a ‘Mom’s Group’ – a group of ladies who have touched my life forever. We dubbed ourselves “sisters”, we could laugh together about things that would shock others, cry, cuss (yes, we did), but mostly our friendships grew bigger than Gilda’s.

Gilda’s Club Middle Tennessee was also there for my son Carl. Although he was just an infant, he started coming to the Clubhouse too – he has literally grown up there.

My cancer has touched Carl’s life in ways that I cannot begin to explain. I had lung surgery right after his first birthday. After that, I was unable to hold my baby like most mothers do. I would have to sit on the floor to play or have people bring him to me. And I was angry about it. I felt cheated. But Carl was just as happy as he could be.

In 2012, I was home alone with Carl when I had a massive, very ugly seizure. I woke on the floor hearing his little voice saying, “Mommie, you got sick on your pillow”. My cancer had returned, this time in the form of a brain tumor, and my four year old boy had just witnessed it all.

As a parent, there are no words to describe the guilt or the fear of what I had just done to my child. I called Gilda’s Club the next day. It seems as though that is always my first call. I was immediately given resources and information to help Carl deal with that trauma. Brain surgery and radiation followed, but this time, I had a child who was old enough to grab onto the concept that Mommie is sick.

When Carl was five, he attended his first Gilda’s Club camp for kids. I was concerned he was too young, but he loved it, and talked about it throughout the year. In 2014, my cancer came back in my lung, and this time, we were prepared for the worst. After finally getting to a point where Carl was asking about my cancer less, it started all over again. This year, Kids Camp meant so much more to Carl – it seemed to all ‘click’ for him. They included Chemo Ducks, a stuffed animal duck dressed in scrubs and ready to receive chemo. He was completely in love with his duck. He kept showing me where the port goes, he would constantly talk about how the chemo duck handles treatment and needs extra love. It gives us an opportunity to talk about it, if Carl wants to.

I am now two years cancer free. Carl still brings up my seizure now and then, but now it’s more matter of fact conversation than fear and questions. I credit Gilda’s Club and all of their staff and volunteers for his ability to openly express his feelings in a safe place. Everyone there has given Carl so much love and laughter. They say it takes a village, for me, it has taken Gilda’s to get my child through my cancer.