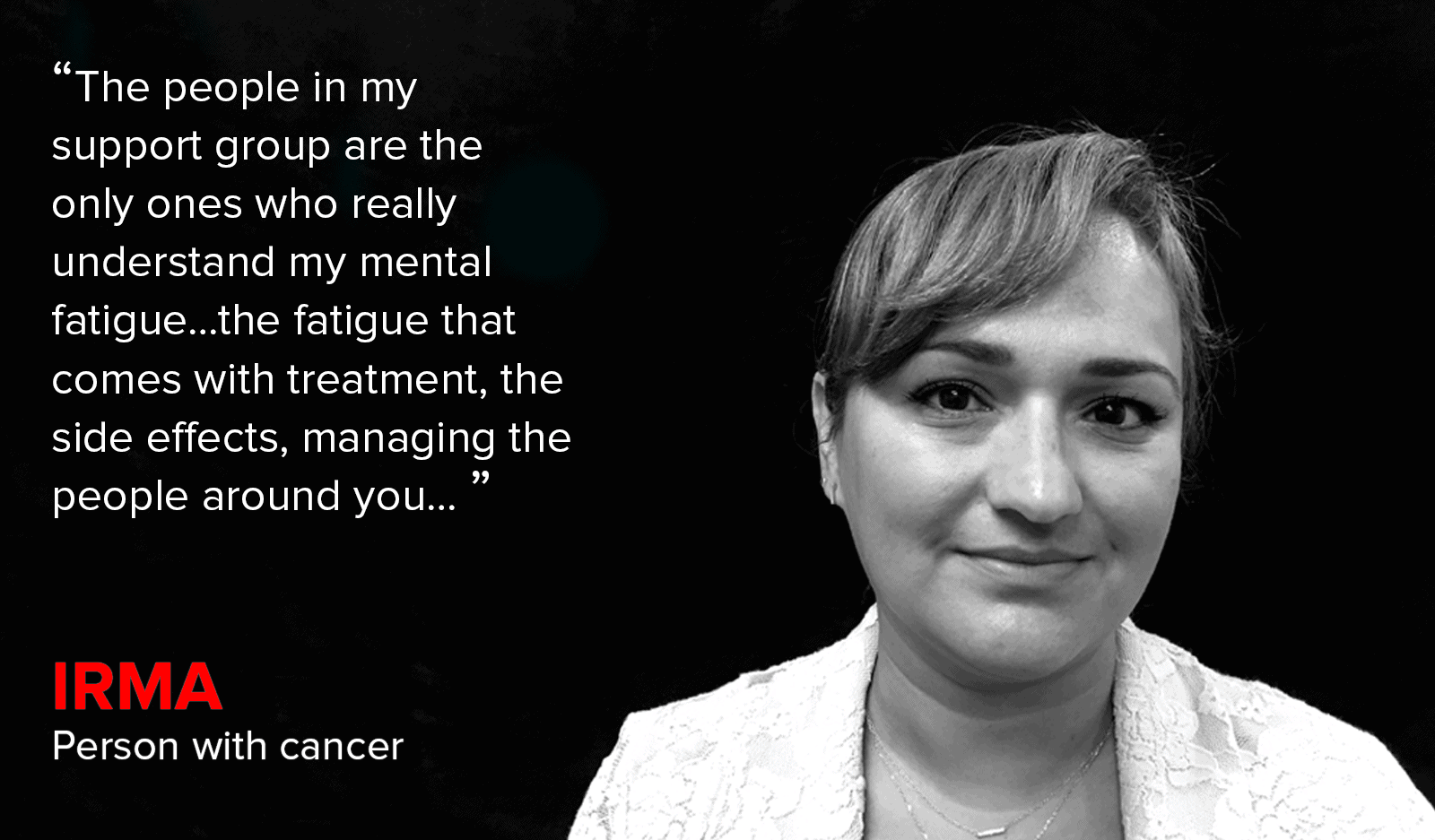 I got married in early 2017 and moved to Nashville a month later. I was very much in my honeymoon phase – trying to adapt to a new life, new state, new city, new home, new church – when I started having symptoms in late July. My right breast just didn’t feel right. We had trips planned and my mom came to visit, so I let it slip a bit. It wasn’t until after we were done traveling and my mom had returned home that I went to the doctor. I knew my normal and what I was feeling wasn’t normal. I knew something was wrong.

In September, I was diagnosed with breast cancer. I was only six months into my marriage and remember breaking down with my husband. I knew our lives were going to change forever.

Not long after, I underwent chemo and radiation, and when I did chemo, I had a wonderful nurse navigator named Sally who told me about Gilda’s Club. Actually, she told me twice. The first time I wasn’t listening. The second time, I held onto the brochure, thinking maybe I would take a yoga class or something. It wasn’t until my husband and I went to orientation that we found out how much support was available there.

I didn’t return to Gilda’s until I was done with treatment. At that point, I really thought things would feel better…like a bell would ring and it would be over and my life would return to normal, but it didn’t. So, I called Gilda’s and went to a support group for young adults. I’d never been in therapy before, so I wasn’t sure how to open up. But being there – listening to others share their stories and struggles and emotions – made me feel comfortable enough to be open for the first time.

I continued going to group – and go to this day. In fact, I get bummed when I have to miss it. They are my mental salvation. They are the only ones who really understand my mental fatigue…the fatigue that comes with treatment, the side effects, managing the people around you… I have very strong family support, and my husband has been the best thing to happen to me through all of this, but there are some things that people who haven’t had to go through cancer don’t understand. And I don’t want them to. But it’s good to know that I have a group of people who get it. Having Gilda’s, I have found friendships. There are unspoken bonds with the people you meet there.